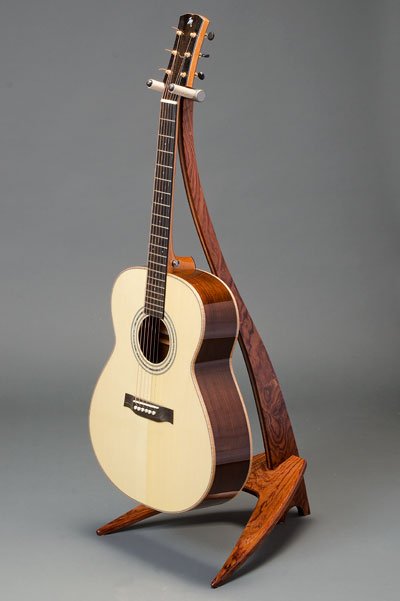 I have often suggested to my students that leaving their guitar or mandolin cradled on a secure instrument stand is a sure way to end up practicing more often.   I know this holds true for myself.  If the instrument is in view and displayed on a stand, I am much more likely to walk by and pick it up and play, even if just for a few minutes.  Most of the time a few minutes becomes many minutes and before you know it you are spending some quality practice time without really ever intending to. 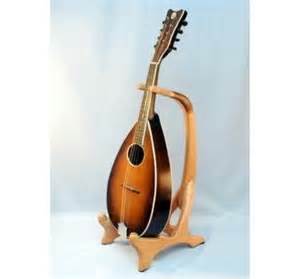 If the instrument is in its case, usually tucked out of the way of traffic, it does not get used unless you have found some specific time to practice.   I usually leave a guitar on its stand in the living room and in the studio.  That way I am sure to be walking by them fairly often, and, if I can even spare a few fleeting moments to pick them up, I will.

There could be a concern or two about the instrument hanging around with nothing to do.  One is security from falling off the stand.  You want a stand that will hold and secure the instrument in case it gets nudged by Fido or the vacuum cleaner.  There are several different securing devices as there are stands, just make sure it has a way to hold the instrument to the stand.  Most have a neck support latch or strap just for this reason. 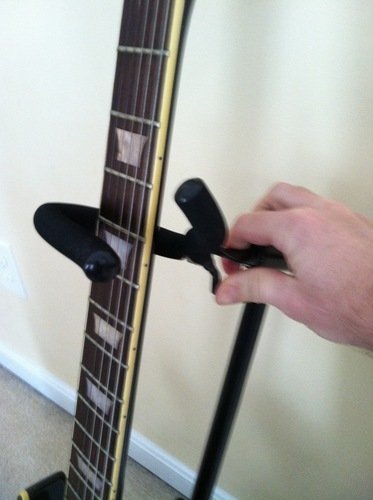 One other concern will be the atmosphere in which the guitar/mandolin is hanging around in.  If it is left out of its case, you want it in a room or area that has a fairly normal relative humidity.  If that can’t be achieved, then put it back in the case and go stick a note on the refrigerator under that cool Gibson guitar magnet that says, go practice ya slouch!