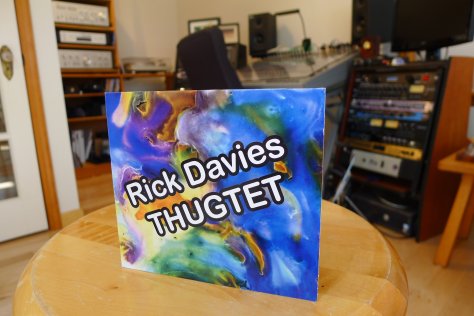 Although Rick was quite ill at the time,  his determination and passion to start the project rolling was inspiring.   Regrettably,  Rick passed away within the first few weeks of starting the project, leaving decisions to be made about continuing on and finishing the recording without his direction.  Rick’s wife , Karen Hildebrand, entrusted and shared the production duties with Rick’s longtime colleague, Herm Matlock.  Herm did an amazing job coordinating, scheduling and orchestrating the remaining sessions, of which there were several. 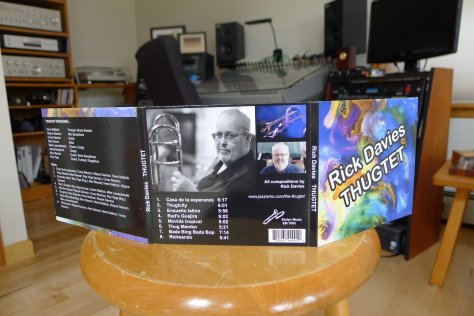 The core group, consisting of Herm Matlock (trumpet),  Michael Lewandowski (drum kit, conga),  Corey Marisco (guitar),  and Bob Garrow (bass), went forward and performed all eight of Rick’s compositions live together in the studio and that was the basic foundation to the project.  Subsequent studio dates to record and track horn solos and horn heads to the tunes  brought in  Wayne Davison (alto sax ),  Ray Vega (trumpet, flugelhorn),  Alex Stewart (tenor saxophone),  with Herm and Corey and Michael returning to track additional solos and heads as well. 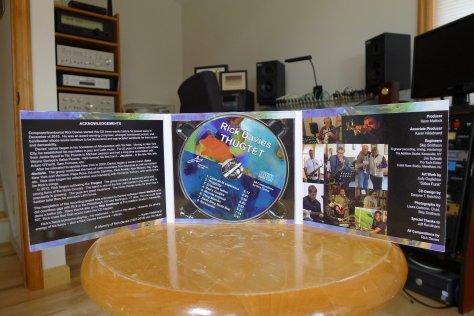 Special Note:  On Saturday, May 6th 7pm-10pm,  there will be a CD release party to celebrate the finished CD at the Elks Club ( 56 Cumberland Ave, Plattsburgh, New York 12901) . The party is open to all as we celebrate these wonderful recordings by the much missed and respected Jazz/Latin music trombone master, Rick Davies.