Playing for Change Video, Stand by me. The first video in a great series.

I have to thank my good friend and fellow musician,  Andy Gorton , for reminding me about this great series of videos by Playing For Change. Co-founded by Mark Johnson, the foundation has grown into a  nonprofit organization dedicated to building music and art schools for children around the world.

Philanthropic reasons aside, it is also a great study in mobile multi-tracking and anyone interested in audio recording should watch   these videos and take notes. Why?

Mr. Johnston took his studio recording and audio engineering talents to the streets after seeing talented musicians performing and busking for change in his own neighborhood while he commuted to work.  Realizing that by tracking individual performers and bringing those tracks to other street performers, he could amass a full blown, orchestrated performance from different people in different locations. 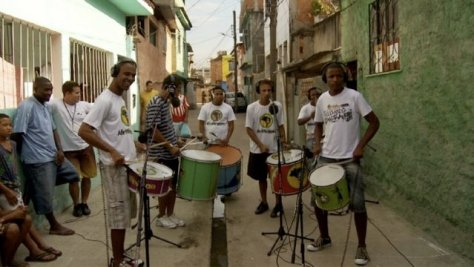 Pure genius? Yeah. Has it been done before?  Sure it has.  The difference this time around?  The masterful video documentation, excellent sound quality, and, now, the global accessibility of music and video offered by YouTube and social media help to elevate and bring a great idea to the masses.

For those not familiar with multitracking music, here (in a nut shell) is how it works.  The first performer records his performance as he would normally perform via microphone or direct instrument input into a mobile recording rig.  Having that performance recorded, the recorded audio track is brought to the next performer to listen to via headphones from that mobile systems play back output.  He listens and then plays along to the previous audio that he hears in his headphones. The Engineer then records just his performance alone, since the other track is only in the headphones and cannot be picked up by the microphone in front of him.

Those tracks are added together so the next performer now hears the two tracks combined on his headphones, and he adds what he feels is appropriate and so on and on.  An easy premise, but be assured it takes lots of editing and engineering to get a seamless recording.  Add all that and then sync it to a professional video and you get a great production.  I never get tired of seeing these videos and always come away inspired. 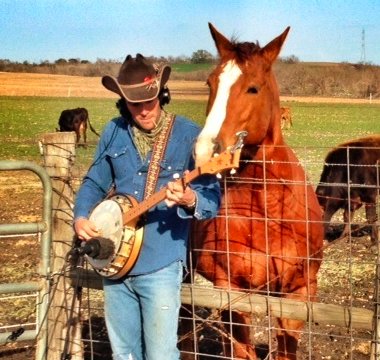