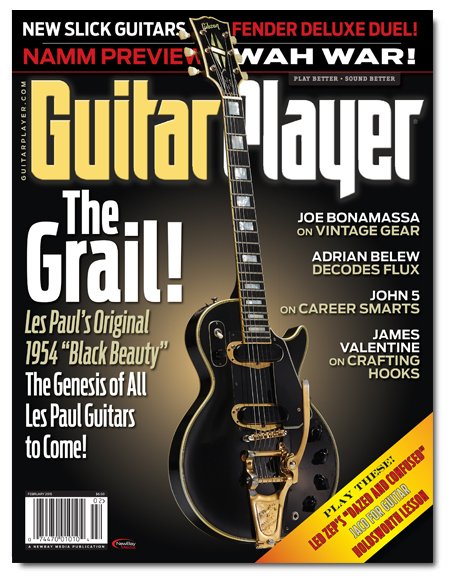 New York City’s Guernsey’s Auctioneers and Brokers have announced February 19, to be the date for the historic auction of Les Paul’s treasured Black Beauty guitar.  Tom Doyle, current owner and long time friend, guitar tech, and engineer to all things Les Paul, is parting with this iconic guitar…………..Les gifted the guitar to Tom Doyle in 1976, and he feels it’s the right time to let it go.  The history this guitar holds is incredible.  The Gibson guitar company, then of Kalamazoo, Michigan, partnered with Les in the early 50’s to come up with a “Les Paul” branded prototype guitar.  After a few costly failures, this is the guitar that was delivered to Mr. Paul. 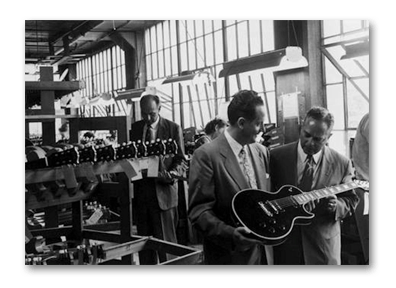 Always the inventor and tinkerer, Les continued to alter and customize the instrument with countless additions and experiments to improve the instrument and make it meet his demanding expectations.   The Gibson Les Paul Model went on to be  undisputedly the most important electric guitar of the modern musical era.  Rock-n-roll, the blues, southern rock, you name it, this guitar has been in the hands of countless performers, famous and amateur alike.   The list of notable guitar players that have made a career with this guitar hanging from their shoulder is impressive. 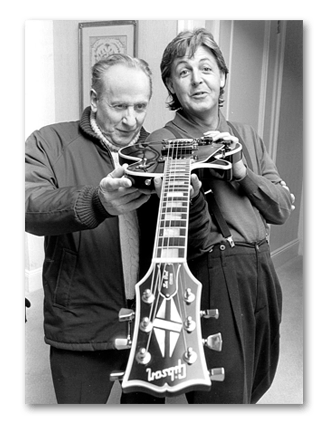 Along with the guitar, the auction will also feature other performing and recording  items used by Les Paul through the years.

I can only hope that, whatever wealthy individual or organization wins high bid, the guitar will eventually land in a museum or collection that can be viewed and appreciated by the public.