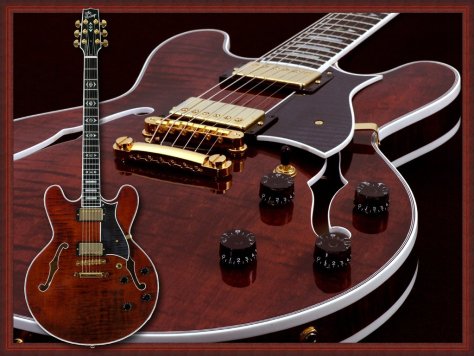 Heritage Guitar. Many already know the history of this relatively small production guitar shop . I stumbled upon it in the late 80’s when I noticed their affordable guitars popping up on the Internet. When I did a little research, I was surprised to learn of its guitar pedigree.  What was so interesting?

Gibson Guitars left Kalamazoo for Nashville in order to increase production. The guitar shop they left behind, now comprised of a group of talented former Gibson employees not wanting to move and uproot their families, were  still making guitars in the iconic Gibson plant in Kalamazoo! That got my attention, along with the very reasonable prices for their guitars compared to Gibson’s.  At this time (late 80’s), there was very little in the way of promotion coming from this new company.  I did find a relatively modest website with very little information about themselves, along with a small catalog of guitars they were producing. 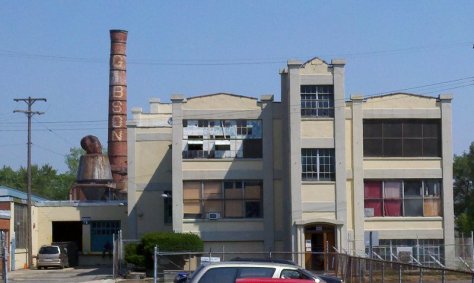 Quite honestly, not a lot has changed in the promotion department. Their current website is still an amateur web production.  You will not see many, if any at all, Heritage Guitar ads in popular guitar magazine publications.  Despite this, they have had many endorsements from famous guitar professionals, and their guitars are regarded by many as being better built than current Gibson models of similar design. 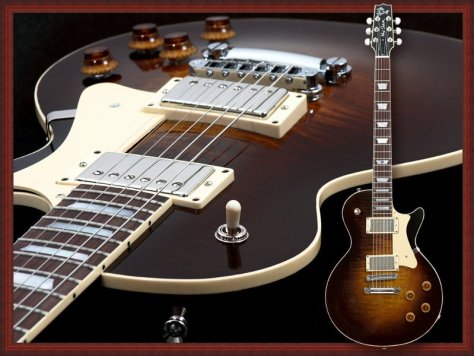 What do I think?  Quantity over quality. Given the mega corporate machine Gibson has become, they couldn’t possibly keep production standards high.  Pick up any guitar catalog and you will see a ridiculous amount of Gibson model types available, including a plethora of models made by their Asian made guitar cohort, Epiphone.

I would like to think that the time and money Heritage saves on their lack of promotion has gone back into the design and hands-on production of their guitars.  Just ask a guitar player that owns one! I’m pretty sure you already know the answer.