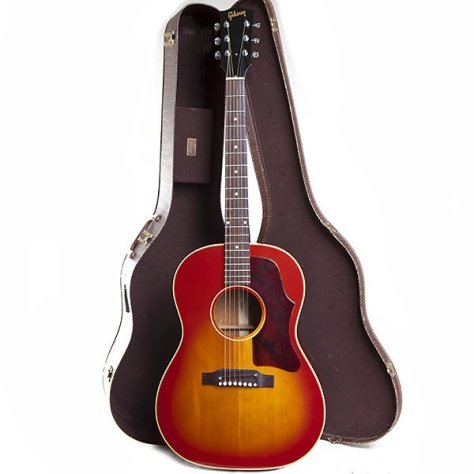 I have a special affinity with this particular Gibson model guitar for more than one reason.   I grew up around this guitar, and it is somewhat responsible for me becoming a guitar player.

My Uncle Ed , with whom I share a love of guitar and music, owned an early example of this Gibson guitar. As a young child, I would be mesmerized by the sounds Ed could get from his cool, cherry sunburst B-25.  A fabulous singer and talented finger picker, Ed used this guitar as a natural vehicle for supporting his smooth scotch and soda vocals,  not too brash, and, like his singing, the intonation was perfect. 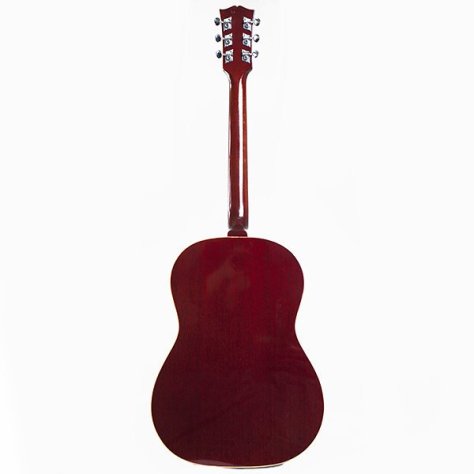 One great asset of this guitar is its playability.  It has a wonderful, perfectly shaped neck for average hands. The fret wire feels great and the adjustable bridge, although most likely a bit of a tone thief, made it easy to find a string action for comfortable playing.  I can still remember, this guitar just felt right and seemed effortless to play in my hands, unlike my big Martin D-28 dreadnaught. 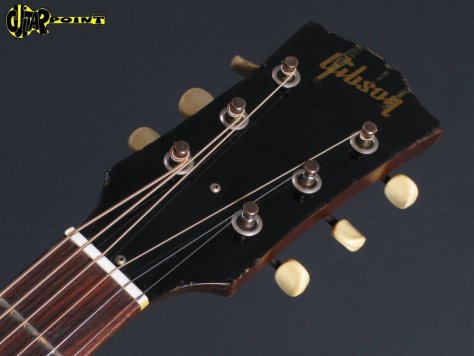 It may not have had the big boom of the Martin, but it wasn’t designed to.  It has a very balanced, clear, and relaxed sound, no doubt due to the mahogany back, sides, and neck.  I also suspect that it was lightly braced which helped with tone but played havoc on durability and longevity.  Some of the original models are still around and can be found on EBay, sporting price tags of two grand or more!

There seems to be a brief time where Gibson re-issued this model around 2006, calling it the Icon ’60s B-25 Acoustic.  It has since been discontinued, and the reviews of the new re-issue were not great. I suppose,  sometimes you just can’t go back home………………