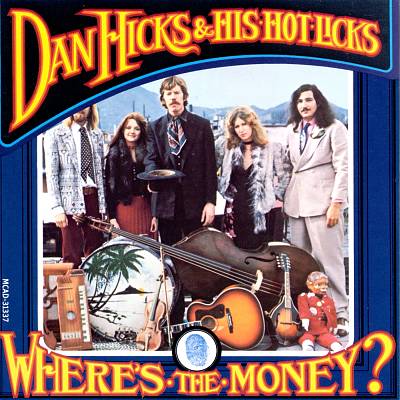 I was sadden recently at the news that yet another one my musical influences has passed away.  “Dan Hicks and his Hot Licks”  was a very original group fronted by Hicks in the 70’s.  The group’s melding of ’40’s swing, jazzy instrumentation and somewhat comic, tongue-in-cheek compositions and performances was not lost on me and others….

In the midst of seventies rock and roll groups, folky, heavy,  psychedelic or otherwise,  Mr. Hicks assembled an unlikely group of jazz/swing compatriots into one of the most original and entertaining  groups of its time.  Seemly unconcerned with the non-commercial aspect of the group’s musical philosophy, Dan Hicks stayed his course and gained the respect and admiration of many listeners looking for a different experience.

One of his last albums and first studio recording since 1978, “Beatin’ the Heat,”  is a fantastic accumulation of many years of song craft. A  highly original and humorous look at his life and all things that inhabit his “Hicksville” universe.  Dan incorporates duets with fellow admirers of his music such as Rickie Lee Jones, Elvis Costello, Bette Midler,  Brian Setzer and Tom Waits. 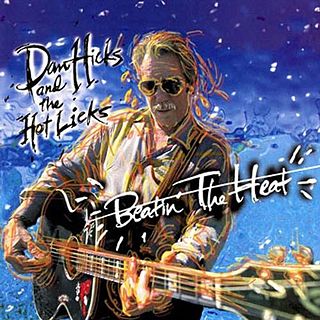 His early albums introduced me to the sound of extended guitar chords and their jazzy sounding harmonies.  The rhythms were infectious and, despite the humorous , sometimes self- deprecating  delivery, the group had top notch players.

Below is an old video of the group’s performance on The Flip Wilson Show, a variety show that showcased the talent of comedian Flip Wilson.   Check it out……….verrry interesting……….

” My darling darling husband left this earth early this morning.
He was true blue, one of a kind, and did it all his own way always.
To all who loved him, know that he will live forever in the words, songs, and art that he spent his life creating. He worked so hard on each and every detail — they are all pure Dan.

So, Duke, Benny, Django and Stephane — he’s on his way — you’ll be laughing soon!”